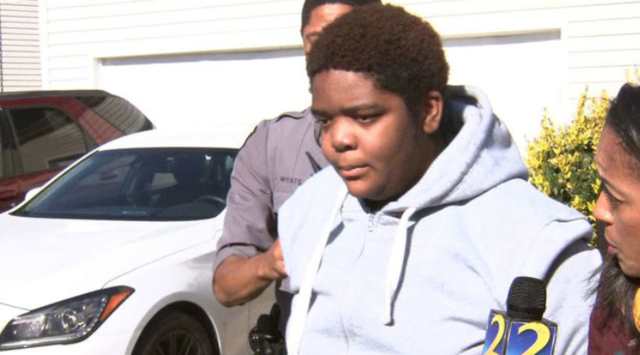 “Two teenagers in Missouri said Friday they believe they are among the alleged victims of Charles Turner, the South Fulton 18-year-old who was arrested Thursday, accused of trying to scam Georgia out of more than $20 million in phony tax returns.

After news of Turner’s arrest was posted on ajc.com, 17-year-old Brant Wagster contacted The Atlanta Journal-Constitution. The Missouri high school student said he and a friend met Turner through an online gaming app. Both teens are now sharing information with investigators.

The two told Channel 2 Action News that Turner employed them.

“That’s just how we talked, and then one day he was like, ‘Yo, do you guys want a job?’” Wagster told Channel 2. He said Turner drove to Missouri several months ago to meet him and 18-year-old Clayton Bickmeyer.

Bickmeyer said Turner emphasized needing a certain amount of employees on payroll, and did not require them to do any actual work.

The case against Turner remains under investigation.

Turner was expecting a large check to be delivered Thursday morning at his home in South Fulton, police said. Instead, he was arrested.

Turner allegedly used an online gaming and electronics business to steal bank account information. Then, according to the Georgia Department of Revenue, Turner created a scheme where he overpaid taxes in hopes of reaping big refunds.

“He told us that he was using a website that would collect payment information and that he was able to get the routing and account and banking information from that website and then use that information to make payments to us, along with his car payment and other payments, as well,” Josh Waites, an investigator with the Department of Revenue, told Channel 2 Action News.

“He actually set up a business, set up withholding accounts and sales tax accounts, and was overpaying by more than $25 million onto those accounts, and then requesting refunds for those same amounts to be returned back to him in his personal checking account,” Waites said.
Last month, a warrant was issued for Turner out of Henry County after he managed to cash an $18,000 fraudulent check at a SunTrust Bank. In January, he was charged with financial fraud in a separate case in Fulton County, records showed.

Then about three weeks ago, Waites said investigators began to notice a pattern in how much money Turner was paying the state on a daily basis, and how much was being reversed because of fraudulent accounts and insufficient funds.
This week, Turner unknowingly communicated with an investigator posing as a state account manager via e-mail. He told the investigator he was in the United Kingdom, but his accountant would be able to sign for a state return at his business address, Channel 2 reported.

Instead, state investigators arrived at his home, and Turner was there with his mother and brother. Neither Turner nor his mother would speak to a reporter as agents made the arrest.

But his brother told Channel 2 the family was unaware of the allegations.

“I mean, didn’t no money come in here,” Terio Williams said. “I mean I didn’t get none.”

A tow truck was at the home Thursday morning to retrieve a vehicle Turner allegedly paid for with a bad check.”