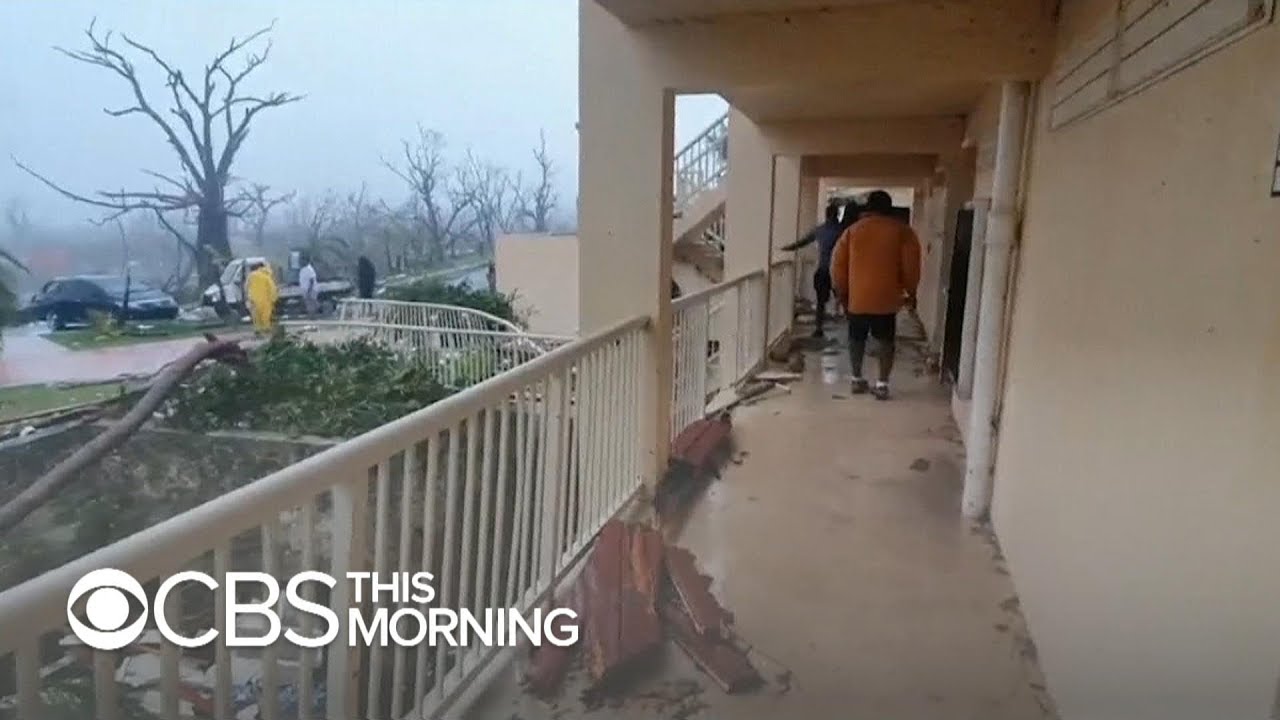 The Category 5 hurricane, one of the most powerful Atlantic storms on record, made landfall Sunday in the Abaco Islands in the northern Bahamas, packing winds of 185 miles an hour. Janet Shamlian reports.