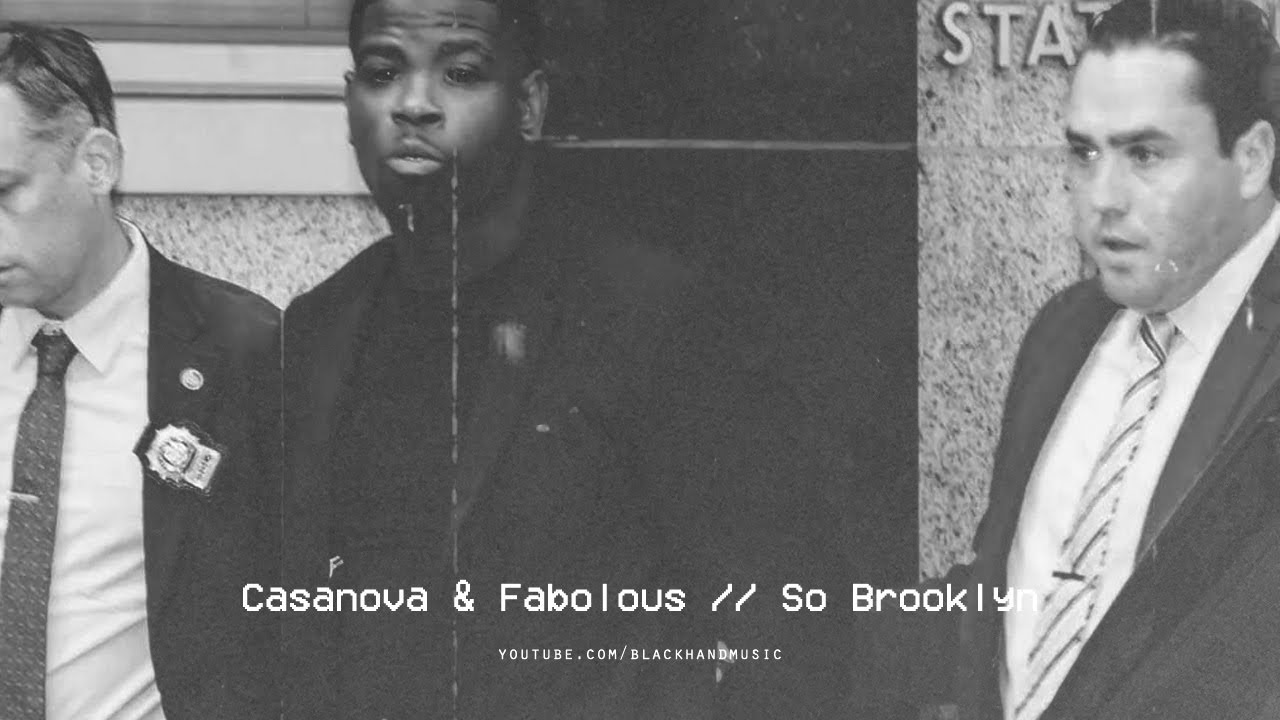 [Intro: Casanova] (Brooklyn, Brooklyn, Brooklyn)
2X (Brooklyn), The Family
(Brooklyn) Haha, (Brooklyn)
You know the fuckin’ vibe
(Brooklyn, Brooklyn) [Chorus: Casanova] I’m so Brooklyn
I should get paid for the work I put in
I’m so Brooklyn
I like that nigga chain so you know I took it (gimme that!)
I’m so Brooklyn
I did the same thing walkin’ out the bookings
I’m so Brooklyn
I had to sign with Jay, yo Hov good lookin’ [Verse 1: Casanova] You ever shot an opp with a MAC?
You ever shot an opp in his back? (BOOM BOOM BOOM)
Spun the block, made it clap (I miss that nigga)
(?) the shot so you spun right back (I got that nigga)
I used to keep a Glock, that’s a fact (you know that)
I still keep a Glock, matter of fact
You never gotta ask me where it’s at
I bang on a nigga like I’m Shaq (BOOM BOOM BOOM)
I bust my gun and I trap (FACTS!)
I can show you how to make a stack (get money nigga!)
I can show you how to make it stack (get money nigga!)
I got two bodies, what’s ya stats?
Nigga fakin’ with that paperwork
Put money on ya head, watch this paper work
My shooter said I gotta pay him first
I told my shooter go and slay ’em first
Got a new pistol, gotta name it first (my baby)
‘Fore you shoot, you better aim it first (hold it, hold it steady)
I start shit then I spark shit
‘Bout to get on some real King of New York shit
And I only dig that dog shit
When I’m off it, it get awkward
Street Fam, that’s my dog, shit
If he call 2X, we gon’ off shit (BOOM BOOM BOOM) [Chorus: Fabolous] I’m so Brooklyn
I need a vacay for all the work I put in (for real)
I’m so Brooklyn
We needed opportunities, so we took ’em (gimme that!)
I’m so Brooklyn
Pop up with the tools at ya house, call me Bookman (no more good times…)
I’m so Brooklyn
And if you don’t know, now you know
(B.I.G., good lookin’) [Verse 2: Fabolous] What you know about bouncin’ right back (huh?)
Cop bad work, took them ounces right back?
Back to the wall, yeah, them ounces like that (that)
Back against the ropes, gotta pounce and fight back (yeah)
When you really do it, don’t announce it like that (shhh)
Y’all sayin’ it wrong, you don’t even pronounce it like that (haha)
My bitch walk through like she know bouncers like that
“Like damn, not even basketball’s bouncin’ like that” (like that)
Still do it for my projects (yeah)
Still winnin’, I ain’t lose my pride yet (nah)
Old town road for my projects
Ride ’til I can’t no more, Lil Nas X
Yeah, we the heroes to the zeros
Where I come from they don’t hear those other weirdos
We the ones who represent ’em, not Shapiros
We they favorite gangstas, nah, not De Niro
If you play or you ask ’til we okay and relax
I’m so Brooklyn, my nigga, if I say it, it’s facts
If I May it I Bachs, if I Roll I Royce
Like every day is Christmas, I got the coldest toys
Told my boys, ten toes, hold ya poise
For the biggest comeback, word to Soulja Boy
Yeah, I slide out like Polaroids
Yeah, I’m outside with the older boys
Yeah, I tell you in my best Hova voice
I can move in a room full of vultures, boy
Yeah, my body different, I’m a shooter but I snipe though
Her body different, she just came from gettin’ lipo (yeah)
It is what it is, still’ll pipe though (still’ll pipe though)
I say it what I said, ain’t no typo (she like it)
“You from New York, which part are you from?”
I look at her like, “Bitch, are you dumb?” [Outro] Brooklyn, Brooklyn
Brooklyn, Brooklyn
Brooklyn, Brooklyn
Brooklyn, Brooklyn

Music is copyrighted, advertisements pay the owner of the rights. Objections to this exposure? Please get in touch; YTblackhandmusic@gmail.com