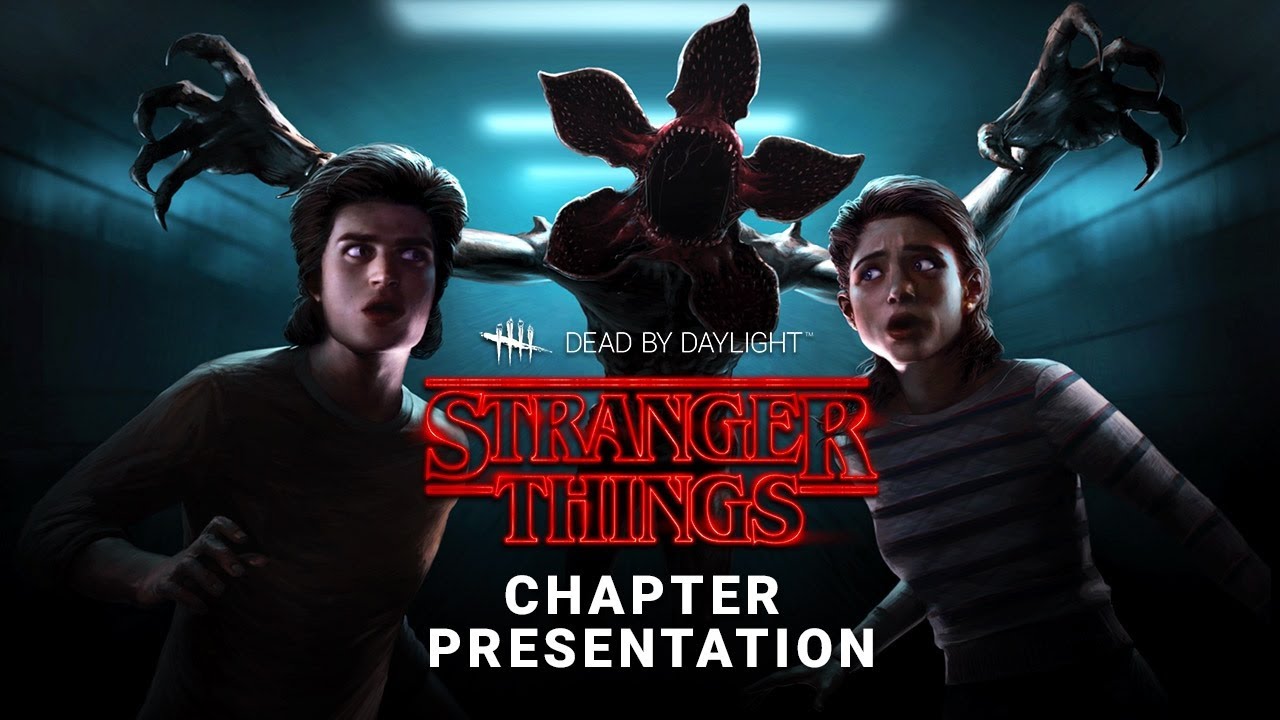 The Demogorgon, Nancy and Steve join the Dead by Daylight roster!

The Entity descends on the Midwestern town of Hawkins as Stranger Things, the critically acclaimed Netflix Original Series enters the realm of Dead by Daylight.

The Chapter introduces a new Killer and two new Survivors to the realm of The Entity: the monstrous, otherworldly Demogorgon is the new untamable Killer. Against it stands not one, but two, new Survivors: Nancy Wheeler, a tough aspiring journalist, and Steve Harrington, a former high school jock with a knack for finding trouble.